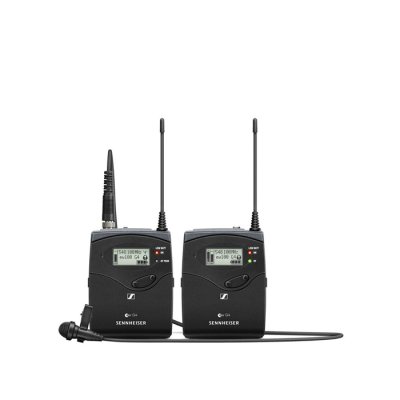 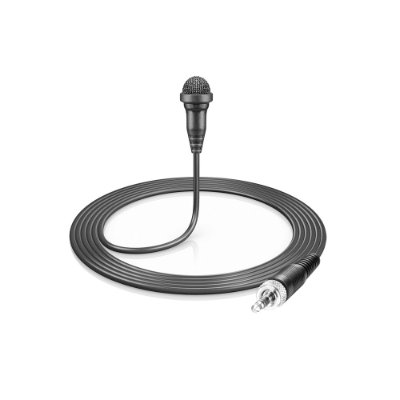 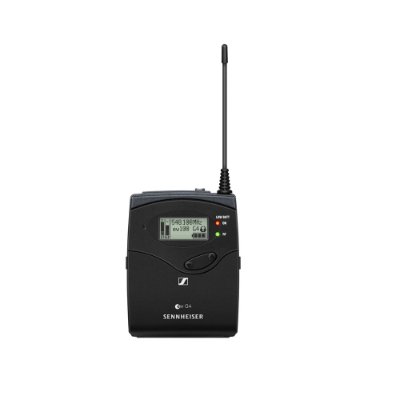 The ew 112P G4 Camera Mount Wireless Microphone System from Sennheiser is the latest addition to Sennheiser's evolution family of wireless microphones and is fully compatible with all previous series. This package includes the EK 100 G4 camera mount receiver, SK 100 G4 bodypack transmitter, and ME 2-II lavalier microphone. Accessories include a CA 2 camera mount, 1/8 to 1/8" cable, and a 1/8" to XLR cable. It can be used to capture audio for live sound, broadcast and film, business, and educational applications.
The SK 100 G4 bodypack transmitter and the EK 100 G4 receiver sport an updated high-contrast LCD display and a dedicated escape button. They synchronize channel and frequency at the touch of a button. In addition, an optional rechargeable battery pack allows you to charge batteries while they remain inside the units. The CA 2 shoe-mount adapter provides easy installation onto a camera shoe.

EK 100 G4 Wireless Camera-Mount Receiver A1: (470 to 516 MHz)
The EK 100 G4 Wireless Camera-Mount Receiver from Sennheiser is the latest addition to their evolution family of wireless microphones and is fully compatible with all previous series. Featuring an updated high-contrast LCD display, blue sync LED, and a dedicated escape button, it can be used when paired with a microphone and transmitter (sold separately) for capturing audio in live sound, broadcast, film, business, and educational applications.

The EK 100 G4 wireless receiver is lightweight and built with an all-metal housing. It is equipped with 1680 tunable UHF frequencies and synchronizes with G4 transmitters at the touch of a button. A 3.5mm audio-output jack delivers a clean output signal using the included adapter output cables. The receiver operates on 2 standard AA batteries, and an optional 12 VDC adapter is also available. The included shoe-mount adapter allows you to mount the receiver on a camera for convenient portable use. 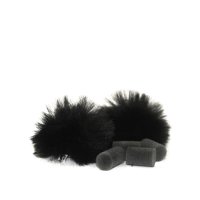 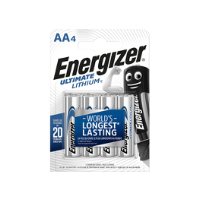 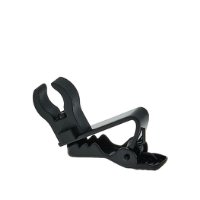